Do you know the difference between an oar and a paddle? If your answer is no, don’t worry. You’re certainly not alone. Perhaps you have heard family and friends using the two words interchangeably, as if they mean the same thing. Well, they don’t. There are significant differences between an oar vs paddle. Not only are they shaped and built differently, but an oar and paddle each require different techniques when used on a boat. In addition, each is appropriate for different kinds of watercraft, sports, and activities.

In this article I’ll compare oar vs paddle and explain all the differences between the two. I’ll also explain what each is used for.

What is the Difference Between a Paddle and an Oar?

Oars and paddles are both used to propel small and narrow watercraft.

But there are a few other differences as well. Read on if you want to know more!

Let’s go over a list of the differences between oars and paddles below.

One easy way to tell the difference between a paddle and a set of oars is that the user will face a different direction when using each piece of equipment.

When you use oars, you’re propelling your boat in a direction opposite from the one you (as the rower) face. This means that when you use oars, you feel as though you’re traveling backward. You’ll sit in the boat facing the stern (rear), with your back to the bow (front) of the boat.

In other words, you won’t see the direction you’re heading if you don’t occasionally turn around.

When people row competitively, they will often have a person known as a coxswain who will be positioned in the rear of the boat. This person will face the direction of travel and give the crew directions to make sure they continue going in the correct direction and pull together as a team.

When paddling a kayak or paddle boat, you’ll be facing the front of the craft and looking in the direction you’re traveling.

How They’re Mounted (or aren’t)

Oars are mounted onto the scull or rowboat by means of an oarlock. The oarlock is what keeps the oar fixed in place, as it should be, while rowing takes place. It basically serves as a fulcrum as you row your boat.

Paddles, on the other hand, are not attached to anything. They depend entirely on the paddler holding on to it while operating the craft. If you are paddling in relatively volatile waters, then you may want to use a paddle leash (like this one on Amazon). A paddle leash will ensure that you won’t lose your paddle if you capsize or lose your grip.

Since paddles aren’t mounted to the boat, you aren’t given partial support by the vessel. Instead, the two hands of the paddler create the fulcrum for a paddle. The upper hand creates stabilization, while the lower hand drives the paddle.

As a result, paddles tend to be a lot lighter. This is why it can be a lot easier to paddle for longer periods of time than to use a set of oars.

The strokes created by oars have much more power than ones created by paddles. This is the reason why larger boats will have oars rather than paddles. The water crafts where you’ll find oars include sweep-oar boats, sculls, rowboats, small rafts, and dinghies.

Some of the water crafts used with paddles, on the other hand, are rafts, stand-up paddle boards, kayaks, and canoes, as well as some other small boats.

One Hand per Oar, Two Hands per Paddle

One hand is used to hold each oar on either side of the boat. With a paddle, on the other hand, you hold it with both hands.

Oars and paddles are typically built differently, and made of different materials.

Hardwood is often used to create traditional oars, though some are constructed of modern carbon-fiber today as well. The latter are the type of oars usually utilized in competitive rowing activities and by crew teams around the world. But out at camp we have wooden oars.

Paddles, on the other hand, are typically carbon fiber, aluminum, or fiberglass. These lightweight materials ensure that paddles are easy to use for long periods of time.

The weight of a modern kayak paddle is generally less than two pounds, though that can vary depending on your kayak paddle size. If you go with a high-end model, it will probably weigh a little over one pound.

You need to use more of your body when rowing with oars. While rowing you’ll use your arms, back, and legs. If you have a scull or sweep oar boat, then you will have a sliding seat that will let you make greater use of leg drive, giving extra power to your strokes. The motion you will use in one of these crafts is comparable to that of a stationary rowing machine. This is why exercising on a rowing machine is a great workout if you want to get yourself in shape to become a rower.

But why row in your basement when you can enjoy a beautiful river or lake?

Paddling is a great workout too, but it’s generally more sustainable for a newcomer than rowing is. Part of that is because kayaks and paddleboards tend to cut through the water easier than most rowboats (unless you’re rowing a competitive craft).

You’ll generally spend more money buying oars than you will buying paddles. That’s because you have to buy two oars, and you only need one paddle.

It’s also much more expensive to manufacture high-quality hardwood oars with metal oarlocks than it is to pour some plastic in a mold for your average paddle.

This is one reason why many people choose kayaks and paddleboards as their first watercraft. They’re easier to transport, and less expensive to buy.

You May Also Enjoy:

Best Kayak Brands for Every Type of Paddling
What are Paddle Boards Made Of?
What Size Kayak Paddle Do I Need?
What to Wear Kayaking to Stay Comfortable All Day 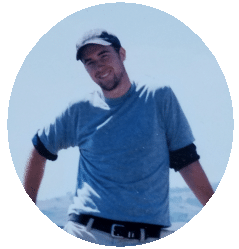 Thanks so much for visiting my website! My name is Joe and I own Peaceful Paddle. I built this site to answer some of the most common questions about exploring the outdoors by boat. From canoe-camping to sea-kayaking, I’ve loved being out on the water since I was a kid. I’ll share my passion for paddling on this blog. Enjoy!

We are a participant in the Amazon Services LLC Associates Program, an affiliate advertising program designed to provide a means for us to earn fees by linking to Amazon.com and affiliated sites. To learn more visit the following pages:

This website uses cookies to improve your experience while you navigate through the website. Out of these cookies, the cookies that are categorized as necessary are stored on your browser as they are essential for the working of basic functionalities of the website. We also use third-party cookies that help us analyze and understand how you use this website. These cookies will be stored in your browser only with your consent. You also have the option to opt-out of these cookies. But opting out of some of these cookies may have an effect on your browsing experience.
Necessary Always Enabled
Necessary cookies are absolutely essential for the website to function properly. This category only includes cookies that ensures basic functionalities and security features of the website. These cookies do not store any personal information.
Non-necessary
Any cookies that may not be particularly necessary for the website to function and is used specifically to collect user personal data via analytics, ads, other embedded contents are termed as non-necessary cookies. It is mandatory to procure user consent prior to running these cookies on your website.
SAVE & ACCEPT